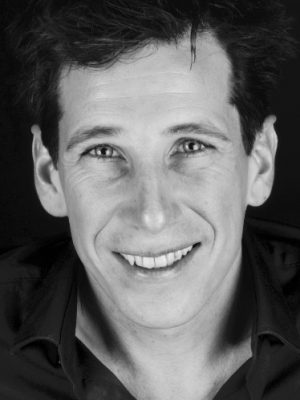 “Actually, everything I do is about communication, both what you say to others and what you call to yourself all day in your head.

“Is not it a crazy combination, theater and therapy?” I hear that question regularly, because I work both as a therapist and in the theater. Of course, they differ in many areas. But as far as I am concerned, there is also a big agreement, because both theater and therapy make an attempt to go beyond the everyday form of communication, to change the basic understanding of people about themselves and their world.

Theater is best when it is personal. That became very clear to me in a juvenile prison. There I did a project with Studio 52nd from Amsterdam. As a writer, I was linked to one of the boys who sat there and did various exercises with him. So I asked to describe his first night in prison. To write down all his thoughts, feelings, ideas and fears. Then I asked him to write how he thought people were looking at him from the outside. That evening we had several scenes played by actors who were with us, that was a very intense evening with heavy stories. Also the first night of the youngster I worked with was told by one of the actors. I saw that he (the boy) struggled to control his tears when he heard his story. I am not busy with solving anything or creating a form of healing, just looking for the most theatrical, where the pain is, the conflict and where it is abraded. At the end, one of the regular escorts came to me and said that what we had achieved in one day with that group was what they had not done in a year. ”

Erik teaches at the Royal Conservatory in The Hague as a lecturer in Stage Performing and teaches at the Academy for Theater and Dance in Amsterdam. He gives NLP training and is a teacher of Ericksonian hypnotherapy at two institutes in the Netherlands and also has his own practice in Amsterdam as a hypnotherapist. Graduated from the Theater School in Amsterdam (Amsterdam School of the Arts) in 2004 and made or played performances at o.a Toneelgroep Amsterdam, the New Heroes Foundation and the Noord Nederlands Toneel.

We work with Erik o.a. with: KPMG (Masterclasses Making an Impact)