Many organizations are faced with the same problem: a vision that never leaves the paper. It sticks to a few nicely formulated sentences that everyone has their own opinion about. As a result, the A4 with vision ends up in a drawer and only reappears at the next teambuilding day.

That it can be done differently with a little bit of courage, proved The Hague University of Applied Sciences. At their request, we developed a special program. A program in which all members of the management teams from various departments and faculties and the Executive Board participated. This consisted of various parts and interventions that were aimed at investigating the vision. That gave them the space to give their opinion and to talk to each other. The possibility to share with others what this vision means for themselves and for their team. And that gave them the tools to communicate the vision to their employees with their own personal story. Confronting, but – everyone agreed afterwards – also enlightening, positive and surprising.

The first management conference was mainly about researching the new mission. For this we used a method that has proven its value in the theater for centuries: the first lecture. In the weeks before the conference, playwright and director Andreas Vonder conducted intensive talks with all those involved, in this case the members of the management team. About what goes well and what does not. About how they see the vision. About the cooperation with other departments. He incorporated the answers, sometimes given reluctantly, into nine stage scenes. During the conference, the people involved climbed the stage and read these scenes. An approach that proved to work. An open and honest dialogue arose between the managers, in which subjects were appointed that remain unspoken under normal circumstances. There was room to tell each other the truth, without this leading to bad discussions. There was understanding for the other and with that the foundation was laid for the second part: discovering the vision.

This first day was recorded in a special way. Visual artists Machteld Aardse and Kyra Sacks of De Beeldvormers drew up a visual report. Based on what they saw, heard and felt. Everything that struck them was given a place in the report. The result is a book in which the atmosphere of the day was perfectly captured and that is too special to disappear in a drawer. To give an impression, here a part from one of the scenes.

During the second management conference, the discovery of the vision was central. Every faculty and department was given the opportunity to show where they stood regarding the vision. In an unconventional way: by giving a mini-performance about a topic that they wanted to discuss with the others. A big challenge. To get them on their way, they received support from performance artists Gehring & Ketelaars.

The set-up of the day itself was like a mini parade with different performances on different stages. This created a relaxed atmosphere and a sense of solidarity and gave all participants the opportunity to tell their story in a way that suits them best. This varied from a football game that derailed due to a lack of rules, to a marriage including vows between two departments, to an impressive performance by the IT service around a high-tech application from the future. Various performances that moved and touched. They ensured connection and all contributed to the goal of the day: discovering the deeper meaning of the vision for the organization.

The power of storytelling was the common thread in a two-day meeting of 60 directors and managers, which we organized together with consultancy firm Thaesis. In addition to drawing up a manifesto and developing an outline for a multi-year plan, all participants also worked on their personal springboard story, the story with which they could convey the vision to their employees in an inspiring way.

Under the guidance of playwright and director Andreas Vonder and actress and artist Grainne Delaney, all participants discovered what the building blocks of a good story are and how they can use them to bring the vision to life and carry it out in a way that lasts. As with the first management conference, De Beeldvormers were there to capture everything in their own special way: the atmosphere of the day perfectly captured in drawings.

How do our students see their teachers and the education that we give? What do they need? How can the interaction between students and teachers be improved? That was what the Communications & Multimedia program wanted to know. To answer these questions, theatre makers Vera Ketelaars and Anne Gehring interviewed several students and based on the answers they presented the teachers with a theatrical mirror. An eye-opener, because many teachers did not know what is really going on among the students. How they experience the lessons. With which themes and dilemmas they struggle. How big is their need to be seen. Which lessons happen best.

In the second part of the intervention, the teachers had to get to work themselves. They were challenged to examine their motivations and to empathize with their students. For example, they had to share with their colleagues why they had become teachers, answer the question of which event in the class had made a deep impression on them and they had to try to imagine what it would be like to be a student (again). The combination of the mirror and the exercises gave the lecturers more insight into their role as teachers and in the needs of their students.

I was touched when a student said “I can not do anything at all”.

What often touches me is that you do not always see what is going on with a student. The example of the girl who was so troubled and actually wanted to become a man. He is now. We must be attentive to this kind of thing. The loneliness of students, the search, the uncertainty. Difficult to join somewhere. That touches me. Language is so important. Some can not. Are we dealing with this properly? Sometimes I wonder.

Quality is one of the pillars under the vision of the Haagse University of Applied Sciences. But it is also a subjective and general concept. We got the request from the Faculty of Business, Marketing & Finance to deepen this. To let the 150 employees and teachers experience quality. We did this by organizing a conference together with 11 artists. A conference that consisted of seven different workshops, ranging from a Theatrical Lecture about students’ experiences with quality to a Storytelling workshop. From Feed Forward and Fuck-up Morning Sessions to the way To change the world in one hour. In every workshop the concept of quality emerged in a different way. It became a day full of new insights and experiences, which was recorded in a beautiful experiencebook by the Beeldvormers. 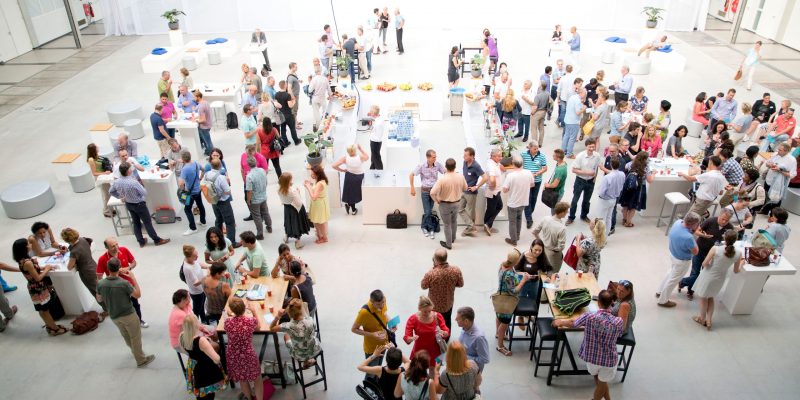 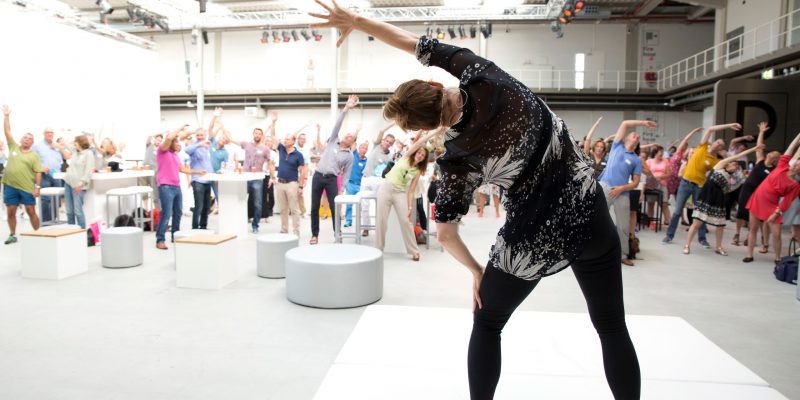 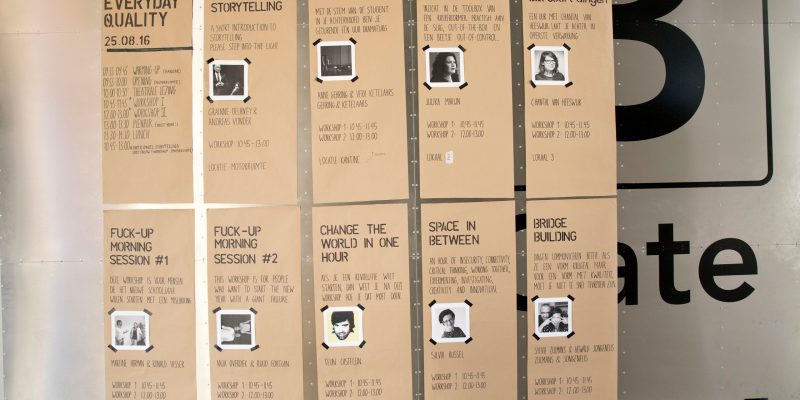 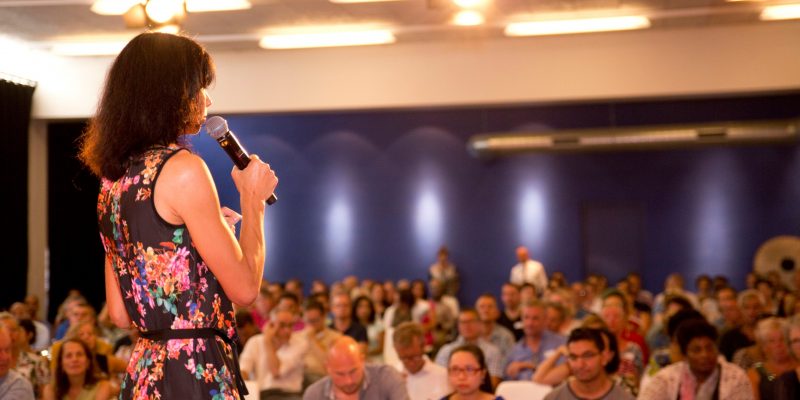 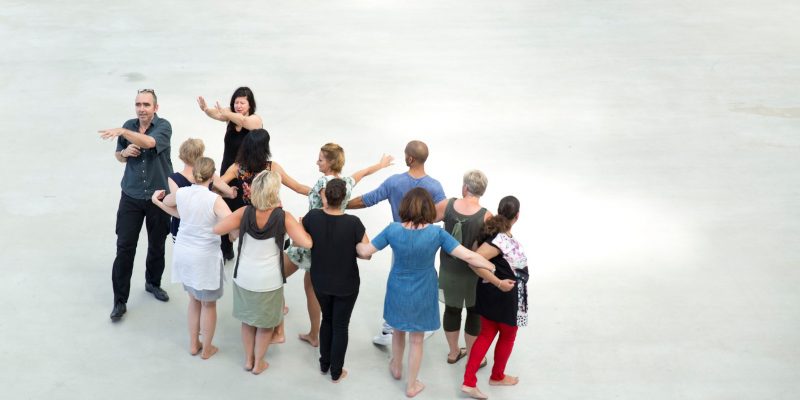 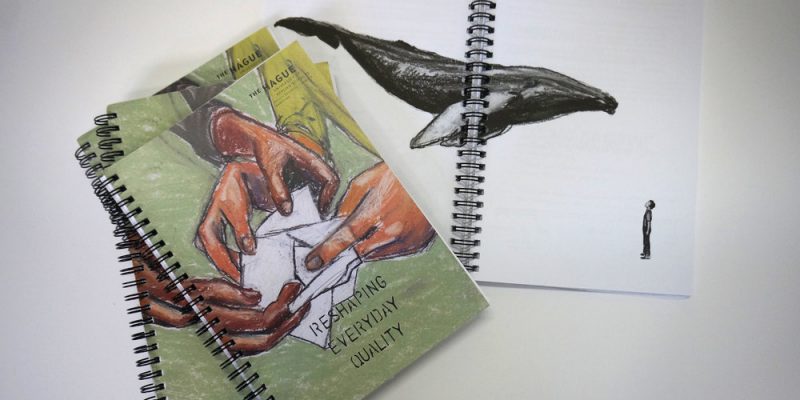 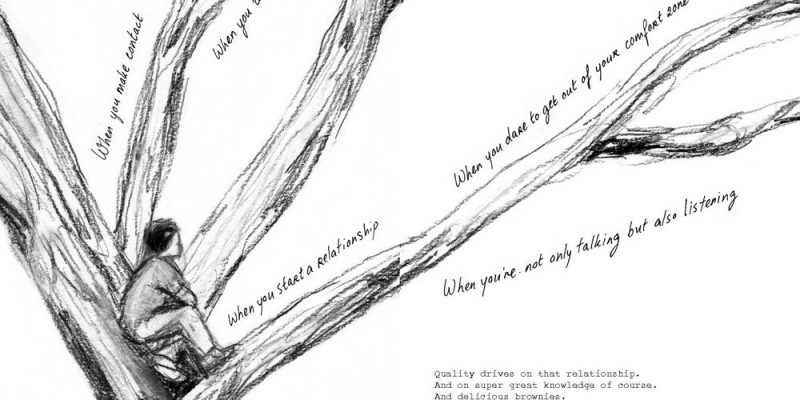 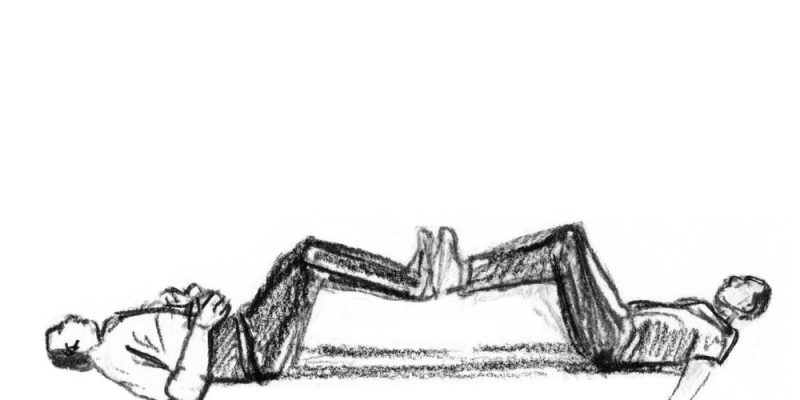 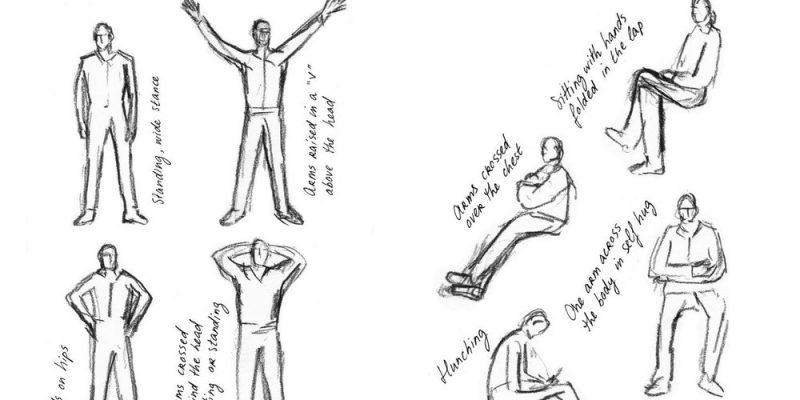 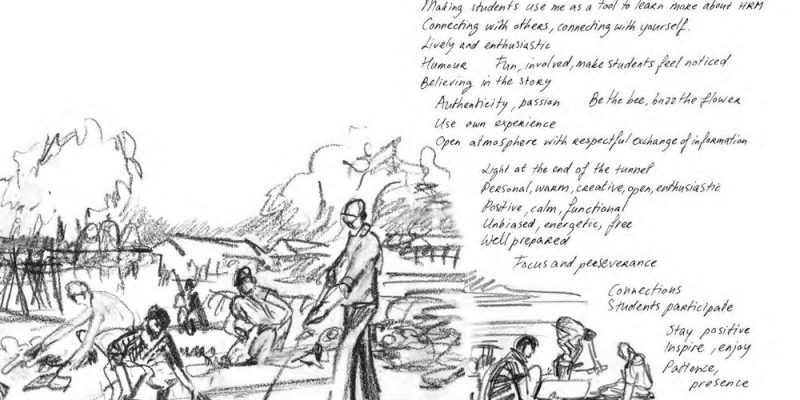